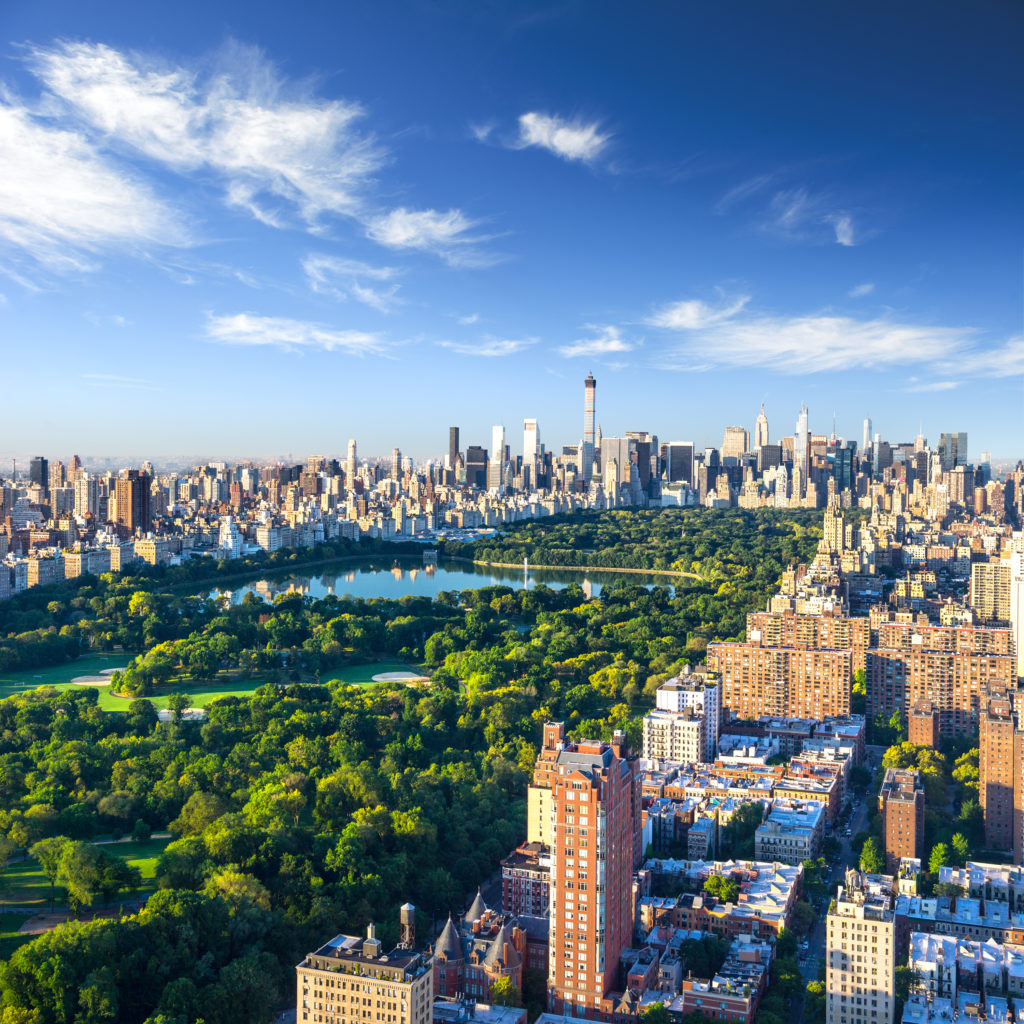 Central Park is aptly named, since it is now in more or less the center of Manhattan–although it was far north of the action when most of the land was set aside for a park in the 1850’s.  The person with the foresight to see Manhattan’s need for such an oasis (while the land was still available and they only had to evict an Irish shantytown and a Seneca encampment…) was newspaper editor, poet and abolitionist, William Cullen Bryant. (Bryant later became the namesake of Bryant Park, located to the rear of the majestic Main Public Library at 42nd and 5th Avenue.) After years of advocacy, Bryant’s idea was officially adopted, and The Central Park Commission held an international competition to award the park’s design. The winners were the team of American Frederick Law Olmsted and British designer Calvert Vaux; although the pair also co-designed Brooklyn’s Prospect Park, Vaux’s name is largely forgotten in the U.S., despite his creation of all the “built” structures in the park, ranging from the hundreds of unique and spectacular bridges, to the whimsical “folly” of Belvedere Castle. Olmsted was responsible for the “natural” elements, and his vision and successful implementation of their “Greensward Plan,” helped establish him as the “Father of American Landscape Design,” with examples of his work from Pinehurst to Chicago.

Visiting Central Park now, it’s hard to believe they began construction on a blank, barren canvas.  The crew had to strip away several feet of rocky native soil, replacing it with tons of New Jersey topsoil; every pond, lake and woodland area was created with the help of earthmovers and arborists, who planted over four million trees, shrubs and plants. Central Park has been through many ups and downs since opening in 1860, but it has also been fortuitously rescued at several key points and is now a thriving “people’s park.”  It is a National Historic Landmark, a design masterpiece, and an oasis; it is also the most filmed/photographed location in the world–and the most visited urban park in the world.